Yesterday was the Grand Rapids 1/2 and full marathon.  In order NOT to bury the lead, I cut 9* minutes off from my last half earlier!  2:24 was my magic number.  It is also some kind of world finals for stilt walking – all 26.2 miles.  I know, completely nuts.  I’m thinking these folks have legs of steel. 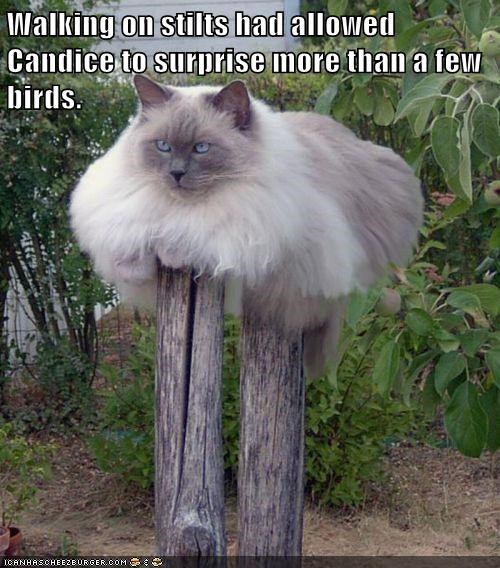 I signed up for the half a few weeks ago as it was also my friend’s first half.  I was really excited for her!  She did fantastic!  I’ve done this race before, in 2011 and it is such a well organized and fun race.  If you want to know the tone of the race, read the FAQ section of the their webpage!

Yesterday I celebrated the baby shower of my dear friend and due to an incredibly un-mensa move on all of our parts, we got up very early and ended up being 3 hours early for the shower.  So, we went shopping!  I was worried about the crisp air in the morning so I picked up a heavier long sleeve shirt.  It worked perfectly.  And on sale.

Pizza for dinner (my go-to) and one of the best night’s sleep I’ve had in weeks.  6 am arrived and I slowly started getting ready to go.  6:38, I was out the door and headed into downtown GR.  My friends live about a half hour away and due to the back route I took – thanks GPS! – I didn’t hit any traffic, arrived at 7:12 am and quickly found a CLOSE parking spot.

Since I wasn’t going to tempt fate or the porta potty gods, I waiting in the bathroom line at the Y for 20 mins.  Completely worth it.  The race had 5000 folks and it took almost 9 minutes to get to the start line.

It was chilly, about 40* at the start but the rain held off the entire morning, YAY!  I checked my garmin at mile one to see what my pace was and it was somewhere around 11:15ish?  I wanted to see what my time was because I felt like I was going fast.  I was a little worried at this point since my efforts didn’t seem to be bearing fast fruit and thought it would be a tough race.  But I started to feel stronger and stronger.  I took half a GU salted caramel for the win at mile 3.84 and felt better at mile 5 then I did a couple of weeks at the same distance.

I also found that with feeling stronger I was pushing the pace.  I decided to only look at my garmin once in a while and knew even if I couldn’t keep up the pace, what did it matter?  I would slow down.  This was a really freeing feeling.  I kept going, walking through water stops.  Two stops took longer than I wanted – major bib failure that was thankfully rectified.

I felt good all the way to the end of mile 11.  Mile 12 I wanted to be done  and at the 12.45 mark, someone was playing the Rocky theme song.  Brilliant.  I pushed it harder and harder and eeked out two folks at the finish line.  I was so pleased with the run overall and with my drop in time from a couple of weeks ago.  I felt confident during the run, never questioned whether or not I could finish and when I did check had a handful of negative splits in there!  The earlier half my pace was about 11:46 per mile.  This time around it was around 11:08.  Actually following through with training really helps!

This is a great race.  Very well organized, e-mails from the race director on how to prepare and train, nice race shirts and socks and a lot of crowd support.  It’s a mostly flat course and at the finish line they gave out 13.1 or 26.2 stickers.  The after race treats were STOCKED with a huge variety including a free beer and a free cup of Wendy’s chili.  I strongly recommend this race!

*The official time said 2:26.  However, a minute or so after I crossed the finish line, I turned my garmin off and it said 2:26.  Also at this same time, the announcer said “and Amy German crosses the finish line!”  I didn’t think much of it at the time but now I realize my time was a bit messed up.  I KNOW I finished at 2:24.  I know – silly to split hairs over it but I moved my buns for those 2 mins!!