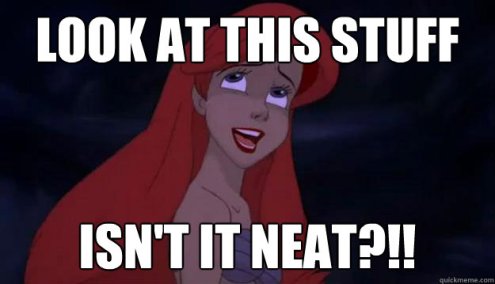 The answer is “no” Ariel, it isn’t neat.  Sure, you had to move your stuff from the bottom of the ocean to a castle but I’m guessing Daddy Triton had some kind of magic that made that super easy.  Not to mention, she was collecting trash and she could get all shiny new snarfblatts once she became a princess.  Now, try rolling out all of your stuff into a trailer and tell me how great your “whoseits and whatsits a plenty” really are!

And since Mary Poppins was a big liar and my stuff doesn’t magically march into boxes and zip on home, a moving appartus was necessary.

So yeah, Ariel, having loads of stuff is fun for a while and then when moving time come along suddenly, not so much fun.  My original plan was to leave on June 15th.  Then a job possibility opened up and I decided to leave on June 10th.  Now, I keep pushing may leave dates day by day.  Because seriously, packing and moving are massively anxiety ridden!  HOWEVER, I will probably leave on the 15th so I am right on time!

I’ve given away a ton of stuff already and now I’ve got piles of even more donations.  I’ve also been selling a few things.  Not as much as I would’ve liked but selling stuff actually takes more effort and time than I anticipated.  Now I have 3 or 4 things I really want to sell and the rest is going to a local mission.

I keep packing – Wahoo!  Then I look around and it FREAKS me out!  I’m a natural accumulator of things and I don’t know what I’m doing.  People keep saying, “just throw things in a box” but I’m not really sure what this means.  Maybe I’m being too intentional with my packing but I’m working with a small amount of space so I feel like I have to be.

What is the purpose of this post?  There isn’t one.  It’s not a super stellar, but it allows for a bit of procrastination and venting before finishing the kitchen.  Yep, I should’ve started earlier.  I didn’t think it would take as long as it does.  I completely underestimated how my stuff multiplies like gremlins!

Alright Amy out – gotta get this business DONE.  I did have one brilliant idea; I’m going to hire movers to move my stuff from my apartment to the trailer which is 3 mins away by truck.  Then they will pack it up… yep a brilliant plan. 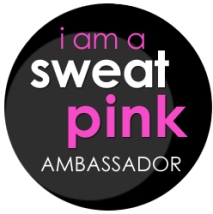